Want to inspire a high performance team?  Want to inspire creativity on your project? You need to create an environment that is so ‘awesome’, creativity and productivity is never an issue.  Here’s some ideas to get started…

DO A SETH AND BUILD TRIBES

People want to belong to tribes.

I remember taking over a troubled project for a company in the UK.  The moral of the team was shot to pieces, the output non-existent, the budget exceeded.

I started on the Monday.

On the previous Friday the company had made the team sit through a ‘we value our employees’ presentation… then fired them all!  Go figure…

I walked in on the Monday… to only 1 team member.  My boss thought he was helping me, when what he had just done is thrown the baby out with the bath water.  After a rather uncomfortable conversation with him I was able to call the guys back in for a chat.

I ran a retro… a retro on the situation and how they had got there.

Basically, they had been housed off site, never visited, never thanked and never 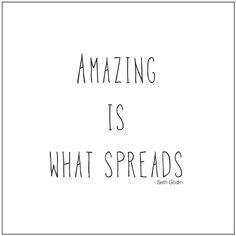 given the opportunity to show off their successes.  Bill Gates talks about creating positive spirals and avoiding negative spirals… this was a negative vortex!

I got the team as a collective to list what they would do to fix everything.

I then said… if we, together, commit to the list, would they be interested in coming back and delivering the project.

The answer was unanimous… they all came back.  We had a great time, we delivered twice the business value than originally planned, and our staff turn over reduced to zero.  In fact I was receive weekly emails from friends of team members asking if they could join the ‘glory’ team!

All I did was put in motion the ingredients to create a tribe.

People want to belong to something great.  They want to add value and they want recognition.

I find, the most important part of creativity is sharing it with someone else… and this is where daily standup get their power from.

The other day I stumbled across a white paper on creativity in the workplace.  Obviously there are many factors that need to be in place to grow creativity but one of the main points that stood out to me was ‘Activation Of Core Skills’, and it got me thinking.

In today’s workplace and especially in an agile environment, we are called on to utilise our t-set skills.

A lot of teams that I work with tend to end up relying on team members secondary skills day after day.  On the surface, this appears great… cross trained team members is core to a high performance Agile team.

The issue arises when, as leaders, we do not monitor the use of core skills.  When 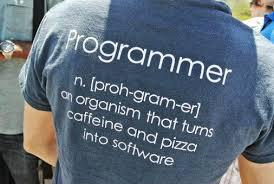 we, as humans, utilise our core skills we feel wanted, needed, and most importantly we gain a feeling of accomplishment and contribution.  We feel that we have added great value with our knowledge and skills.

Using our core skills means less stress.  Using our secondary skills leads to whatthe military call FUD… fear, uncertainty, and doubt.  Don’t get me wrong, there is nothing wrong with this for short periods of time, and when balanced with the use of core skills.  In fact I believe it is good for people to spend sometime each day in a state of FUD… it is how we grow.

The white paper I was reading discussed ‘exit interviews’ performed when key personnel left projects.  A very popular comment was ‘I didn’t feel that I was adding value, I never go to use my main skills.’ or ‘I was hired to do X but spend all my time doing Y’.

So as a Scrum Master, what can you do to use this information?

Track the skills that are being used.  This is really quite simple in Scrum.  Listen to what the team are reporting during the daily standup… they will tell you.  Make a note and check your notes every 2-3 days.  If you see a pattern, have a chat with the team member and bring it to their attention.

… and remember, you are guiding a self managed team, so send this post to them all so they too can learn for themselves.

Companies like Pixar understand the power of play in a work environment.

While your office may not be able to afford a full basketball court, you can opt for a puzzle, stress relief ball, Lego set, etc. Sometimes the best thing you

can do to get teams inspired is to step away from your work and indulge in a bit of harmless fun.

Not only is ‘playtime’ a moment to unwind, but it also gives employees a private moment away from the hustle and bustle of every day work stress.

I value productivity and quality work, but without taking enough time away from the daily task list we find it’s hard to get through it.

I call this resetting the mind.  Upon returning to work, I have always found teams approach with fresh ideas and a new level of enthusiasm.

A few years ago I was on contract at a large iconic Aussie company.  They had a medium sized development team and a thought leading CIO, Trevor.

Trevor put a new team put together, to build software that would disrupt the industry and give the company a massive competitive advantage. He had heard about this new way of development called ‘agile’ so picked some of the parts that made sense.

Trevor, in his past had been a programmer himself so he knew what made the dev brain tick… so the first task assigned to this team was build a fun toy.

The team and the business owner did some quick research and found this very cool USB controlled canon!  Uh oh… here comes trouble. 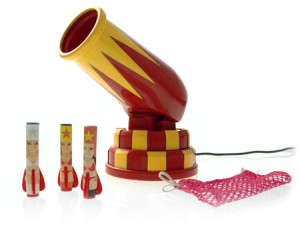 But the backlog didn’t end there.  Webcams were introduced into the equation.

So sprint one delivered the canon with api control and a web interface.  (what team doesn’t love api’s?)

The canon could be controlled by anyone in the company, nationwide.

Sprint two delivered the kicker… a webcam fixed to the canon so the web based viewer could see down the barrel and aim the canon.

I remember reading the backlog and seeing stories like

As a user, I want the canon to track and follow movement, So that the canon can self aim at passers by

As a user, I want the canon to recognise faces and auto fire, So that the canon can attack specific non-team members when they enter the team area!

Apart from a cool toy and a very proud team, Trevor had built the foundation of a self-managed team.  The team had worked together through the first couple of sprints (usually the least productive as this learning curve it traveled). Relationships had been formed, communication established and synergy was on its way.

The canon became legendary through out the company, through all departments.  it added energy and interest from everyone in IT.

… and it created an environment of creativity.

Remaining chained to your desk for 8+ hours can put a damper on your mood and seriously hinder productivity.

It’s important to take breaks and fuel up every few hours to recharge and let your creative juices reset. Going out to lunch with coworkers, walking to a coffee shop for a few minutes or just getting a snack is a good way to give yourself a break without taking yourself completely out of the work mode.

A very wise colleague of mine once told me about the 20-20-20 rule, a very important and useful way to refocus on your work. This rule applies to those working in the tech industry more than any other industry because we’re staring at computer screens all day long.

I like to have some frivolous stress release in teams.  Sometimes we issue teams with nerf guns, nerf balls, ‘bangers’, just small, low cost ‘toys’.

During stressful times the teams will resort to a bit of fun to break the stress.  This usually means getting out of their chairs and moving.  This gets the blood flowing, releases happy endorphin’s, and makes dealing with a stressful situation fun and entertaining.

Bring the spirit of leadership back.
Be Brave - Trust, Truth, Transparency.

Find yourself in this situation?  Give us a call for a chat. We love assisting companies and business leaders through this challenging time.